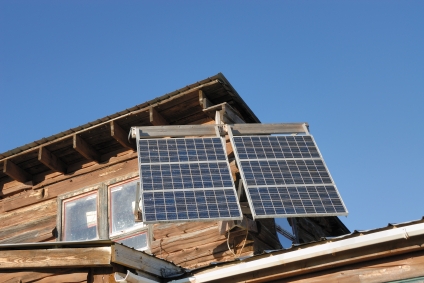 The vast majority of homeowners who go solar in the United States tie their solar energy systems to the grid with an aptly named grid-tie system. But for some of us, and even more in other countries, there may be no grid to tie-in to. The grid may not have reached the village in Senegal, or your cabin in the Sierra Nevada Mountains. And sadly natural and manmade disasters strike, taking out the grid. A solar refrigerator or freezer may be one of a limited number of options to preserve food or maintain vaccines. Some people through no fault of their own are forced to live off the grid. This learning article explains why off-grid solar energy systems may be a good choice.

An off-grid solar PV system is very different than a grid-tie one. A solar installation is always made up of two systems: the solar modules and the balance of system (BOS) components. The BOS components include an inverter to transform the direct current electricity produced in solar panels to alternate current electricity used in a home, a set of solar batteries for stand-alone PV systems and support structures to orient the solar panels toward the sun.

Related article: Installing A Solar Energy System Yourself: Knowing What to Buy

In a grid-tie solar PV system, the BOS components include a grid tie inverter (or microinverters) and solar mounts or racking to orient the solar panels toward the sun. There is also wiring, which connects the house to the grid.

In an off-grid PV system, the BOS components include the off grid inverter, solar racking, batteries to store solar power when the sun is not shining and a charge controller to keep the battery from overcharging. The diagram below from Greenpeace shows the difference between the two systems, with one solar home being hooked up to the grid, and the other being off-grid: 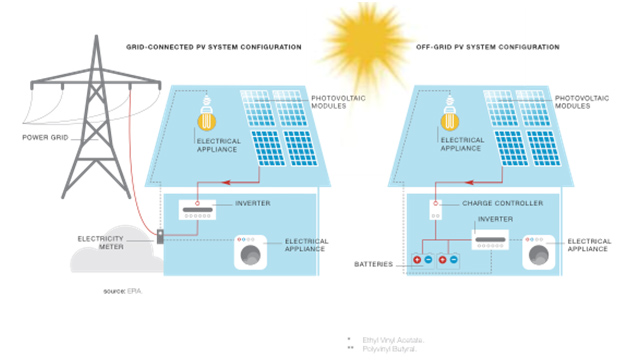 Why would somebody choose to go off-grid, and what are the benefits of using solar PV for off-the-grid homes? Off the grid systems make electricity access easy in the cases of rural electrification, work in remote locations, electricity for areas that need relief and military operations.

Rural electrification and remote locations: The grid often does not extend to rural areas in many developing nations. Extending the grid can be prohibitively expensive without government support, and governments can make the process of rural electrification painstakingly slow. In these situations, it is economically viable to set up an off-grid system. SolarTown has already blogged about one example in rural Brazil.

Electricity can be brought to rural locations by extending the grid, with renewable energy or with liquid fuels such as diesel, kerosene, propane or gasoline. Grid extension is often not a realistic means of receiving electricity, either because extension is too expensive or the government has decided for other reasons not to extend the grid. 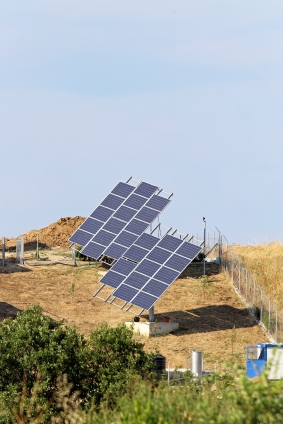 Traditionally, off-grid rural villages and locations have used diesel, kerosene or gasoline to fulfill their electricity needs, because they can provide larger amounts of power at lower investment costs per kilowatt than hydropower or wind-based alternatives. The two main deterrents, however, are the high and rising cost of fuel and its transport to the remote site and the need for regular and skilled equipment maintenance. In addition, several rural households only need to power lights, a television set and a radio set, and a diesel generator often provides excess power, leading to wastefulness. Finally, indoor air pollution and danger or burns have been a concern for rural households for a long time-many children burn themselves on kerosene lamps.

Monthly amortized costs of SHS and diesel genset in India

The renewable energy that should be used depends on many factors, including seasonality and location. In an upcoming Learning Article on SolarTown, we will discuss different approaches to rural electrification projects.

Solar energy for disaster relief: Solar power can be a powerful tool in emergency disaster response. During or in the aftermath of an emergency, electricity is often the first thing to be cut off. This is a problem because electricity keeps refrigerators running, which preserve food and keep vaccines cool. Electricity also keeps sewage treatment facilities running and water pumping. Since post-disaster areas are often breeding grounds for water-borne pathogens, it is important to keep food, water and vaccines nearby and locations sanitary.

Emergency response groups need a reliable source of power in order to deal with the crisis. If electricity is lacking, they cannot communicate effectively or provide the appropriate services. Historically, diesel generated engines have been used, but these have problems of their own because they can create fires, cause explosions in the event of more disasters such as hurricanes, have short life spans, and are very noisy.

The alternative has been portable electric generator sets (gensets) that are powered by solar photovoltaics, because they can provide all of the services of diesel gensets without the noise, the pollution and the danger. They are also fuel-independent, which means that the fuel will not run out unless there is a shortage of sun. In that case, a propane tank is often used to back up the system to avoid any electricity shortages.

Solar energy has provided electricity for many areas in need of relief, including Haiti. Since Haiti has very poor electricity infrastructure since the earthquake, most of Haiti's healthcare clinics run on diesel fuel, which has to be trucked around the country's treacherous roads. With the help of non-profit organizations, many healthcare clinics now use solar electric systems, which has helped save many lives since the earthquake.

Solar energy for the military: The U.S. military is also actively looking for ways to exploit solar energy. Several military bases are going to become net-zero facilities, meaning that they will produce the same amount of energy as they consume. They are exploring pragmatic ways of increasing energy security in the United States to reduce reliance on the civilian grid. The military is also looking for ways to use off-grid applications to further its mission, including solar rechargers, solar panel installations and solar refrigerators.

On the field, installing an off-grid system increases the military's mobility, stealth and effectiveness. Using diesel generators limits operations significantly, as most of the world's crude oil is produced by countries that the United States is not friendly with, and diesel can be detected with thermal sensors. In addition, crude oil is distilled into several grades of hydrocarbons, including diesel. In addition, fuel transport is often difficult, as the fuel has to be transported through difficult terrain. The ownership of most of the world's oil reserves is in the hands of national oil companies, companies that are owned by countries, which means that the companies will bend to their countries' demands.

Diesel generators are currently the most common means of generating electricity off the grid, but solar energy provides a realistic alternative. With an increase in electricity and battery power demand, the need for diesel has increased tremendously. This has increased the military's vulnerability.

In the developed world, it is clearly a choice to live off the grid. Since it is more expensive than tying a solar energy system to the grid, only those who do not need to worry about the cost choose to live off the grid-for instance, they might weigh their carbon footprint reductions against the cost and decide that the cost is less important than the climate.

Off-grid energy is necessary sometimes, and solar PV systems make sense to meet electricity needs in some off-grid locations. For a stand-alone system in a rural location, solar is the most cost-effective means of providing electricity. For a small village, the source of energy depends on location and seasonality of the fuel sources; a renewable-diesel hybrid system is often the most viable option for off-grid electricity. Finally, for disaster relief, solar energy is a much more pragmatic source of electricity than diesel.