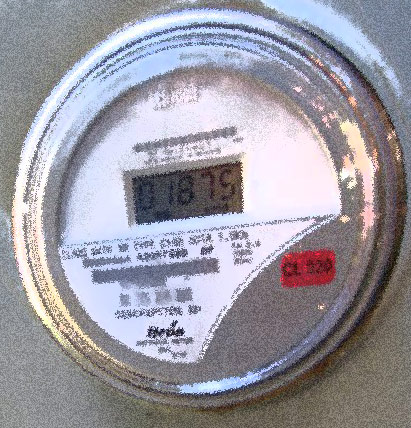 Retail or the avoided cost rate

Net excess generation (NEG) occurs when a customer produces more electricity during a billing period than he or she consumes. The issue here is how to compensate the customer-generator for the electricity he contributes to the grid from his solar energy or other renewable energy system. Should he be compensated at the full retail rate-the rate he pays the utility for electricity-or should he be compensated at a rate representing the cost the utility avoids by not having to generate the electricity that his system feeds into the grid (the avoided cost rate)?  Renewable energy advocates (and customers, for that matter) favor the first approach, while utilities favor the latter because the avoided cost rate is much lower than the retail rate and therefore they do not lose as much revenue from customer-generators.

Utilities argue that retail price compensation in effect provides a subsidy to customer-generators by requiring utilities to credit those customers for not only the power they generate, but also for costs that are not avoided, such as fixed distribution costs that are needed to maintain the transmission and distribution infrastructure. This infrastructure, utilities point out, is what allows customer-generators to sell their excess electricity.  It also provides a backup source of electricity should their home system fail. Why, then, should they not have to pay for the upkeep of this system-a system that benefits them just as much as it benefits normal customers?

While the utilities' argument here may be economically sound, renewable energy advocates nevertheless argue for monthly crediting at retail cost because they believe net metering standards should be encouraging and providing incentives to home renewable energy generation as much as possible. Ambitious net metering standards could help states achieve their renewable portfolio standards (RPS), reduce our dependence on foreign oil, decrease dirty fossil-fuel emissions, and slow down climate change.  Furthermore, the economic risk to utilities of retail rate compensation is most likely quite low at this point in time. Solar power accounted for less than 0.1% of the United States' electricity generation in 2006, and while it has been expanding for the past several years, solar energy systems remain a rarity. Moreover, most residential solar power systems do not cover 100% of the home's electricity needs, so utilities will almost never be cutting checks at the end of the year to customer-generators.

Rolling over the credits

Regardless of whether policymakers decide to credit customer-generators at the full retail rate or the avoided cost rate, they will also have to decide whether to allow customers to "rollover" the credits to future billing periods, and if so, for how long.  Many states now allow customers to carry over their net excess generation credits from month to month for up to a year.  This arrangement is commonly known as "annualized" net metering. If a customer generates more kWh during a monthly billing period than the customer uses, then the NEG is carried over to the customer's next monthly bill as a kWh credit.

Annualized net metering takes into account the fact that some renewable energy resources, such as solar and wind, are somewhat seasonal in nature. For example, a solar energy system may produce more electricity than a household consumes in the summer, but the system likely will produce less electricity in the winter. With annualized net metering, NEG in summer months may balance reduced system output in winter months. Utilities benefit from annualized net metering because they do not incur the administrative costs of paying customers for NEG on a monthly basis.  Furthermore, if monthly rollover is not allowed, customers will tend to undersize their solar energy systems so that they don't end up simply donating electricity to the grid.  Such a phenomenon would be detrimental to our goal as a society of increasing our use of renewable energy.

But if annualized (or indefinite) net metering is the way to go, the first issue-at what rate should NEG be credited?-still must be resolved. As of 2009, fifteen states allowed customers to carry NEG credits forward to the following billing period at the full retail value of a kWh, with annual payments at retail value, as well. Seven states allowed for retail-rate monthly rollover but with avoided-cost annual payments, and fourteen allowed for retail-rate monthly rollover with no annual payment (NEG credits are forfeited at the end of the year).

Most states have some type of capacity limit for their net metering programs. The reason for such limits is similar to the reason given by utilities for crediting NEG at the avoided cost rate.  When customers install renewable energy systems in their homes, the utility loses revenue needed to cover the fixed costs of its investment in capital expenditures on plant and equipment (its "ratebase"). The utility is thus compelled to seek higher rates from its remaining customers to recover the fixed costs. This creates an undesirable spiral as higher rates encourage additional self-generation and bypass, leading once again to higher rates for remaining customers. Utilities fear that such a spiral could indeed occur if a large enough number of customers choose to bypass conventional electricity and generate their own.

Renewable energy advocates, on the other hand, are interested in leaving as much room for investment in renewable energy as possible, and therefore oppose capacity limits. Also generally opposed to caps are customer-generators, who are simply interested in maximizing their return from investing in renewable energy equipment.  As such, a corporate customer may calculate that a 1 MW system is best suited for his facility.  If the state net metering standard does not allow such large systems to be net metered, however, the customer may decide not to install a renewable energy system at all, which is obviously not the desired outcome.  This dilemma has already arisen in Oregon, where several renewable energy developers have argued that the transactional cost of systems less than 100 kW are too great to attract interest from large investment partners.  Moreover, a recent solar market trends report shows that the average nonresidential PV installation is now over 100 kW and large systems of over 500 kW grew faster than other sectors.

Another way to address utilities' bypass concerns is to set a total program capacity limit, usually as a percentage of peak demand.  This type of cap is equally unpalatable to advocates of renewable energy, though, because they artificially restrict the expansion of on-site renewable generation and curtail the market for new renewable energy systems, perhaps to an even greater degree than do individual system size caps. Environmentalists further argue that this type of cap is incompatible with aggressive targets for renewable energy deployment set by a growing number of states.

There is virtually no argument to be made for utility ownership of renewable energy credits (RECs). REC programs exist to provide an incentive for renewable energy technology investment and are meant to help the new customer-generator allay some of the costs of buying and installing the solar energy system. To give REC ownership to utilities would neutralize that incentive. Unfortunately, many states' net metering standards do not address the issue of REC ownership. That being said, only North Carolina and the District of Columbia (where customers and utilities actually share RECs) provide for utility ownership of RECs.

Because of this patchwork of approaches to net metering, the federal government may adopt a national net metering law. On July 1, 2010, Rep. Jay Inslee (D-Wash.) introduced legislation in the House of Representatives that would provide a national standard for net metering programs. The bill, entitled the Americans Making Power (AMP) Act, would require all retail electric suppliers to both make net metering available to their customers and to inform them of the new standard. It also requires that utilities install meters at their own expense upon customer request and prohibits utilities from charging customer-generators higher rates.

AMP credits customer-generators' net excess generation "based on the ratio of the time-of-use rate to the lowest time-of-use rate over the course of a 12-month period."  It allows these credits to rollover for a 12-month period, after "any unused kilowatt-hour credits remaining from the preceding 12-month period shall be reimbursed to the customer-generator at the average wholesale market rate for the preceding 12-month period." Note that the "wholesale market rate" is much lower than the retail rate. The bill leaves renewable energy credit (REC) ownership with the customer-generator, and mandates that states adopt the new standard within one year of enactment, "the Commission determines that a net metering requirement in effect for such State complies with the [national] standard."  That is, states are permitted to have more ambitious standards as long as they pass muster with the Federal Energy Regulatory Commission (FERC).

A national net metering standard would go a long way to assure that all solar energy and other renewable energy systems may be connected to the utilities' distribution systems and to standardize the rate at which homeowners are compensated for the excess electricity that they generate. It may not provide as generous an incentive as many renewable energy advocates might hope for, but it provides a good basis on which to provide a stable regulatory environment for solar energy in the United States.