Homeowners who want to place solar energy systems on their homes face certain challenges. One of these can be persuading their local homeowner association (HOA) for the right to install a solar energy system. This article seeks to establish how HOAs may block solar installations and in our next learning article, we will discuss what homeowners can do in the face of antagonistic HOAs. 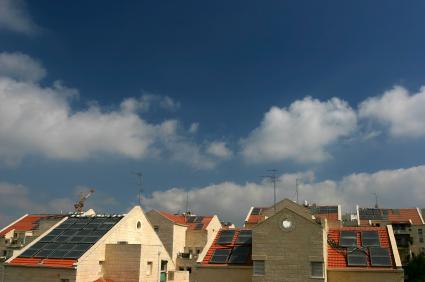 What are homeowners' associations?

When a homeowner first buys a house in an HOA, he or she enters into this private agreement. The homeowner knows that he or she is in a community subject to CC&Rs because when the home was first bought, a thick packet of documents entitled "conditions, covenants and restrictions" had to be signed; often, the homeowner does not bother to read or even notice this packet. Some of the regulations are architectural standards, which establish procedures for modifications to an owner's property.

An Architectural Review Committee (ARC) is in charge of making sure these standards are met and complied with. HOAs can enforce their actions through the threat and levying of fines and through private legal action, but their powers are limited by contract.

When dealing with the installation of a solar energy system, a homeowner should pay particular attention to the covenants in the CC&R, also called "restrictive covenants," which consist of the promise made by one property owner to limit the use of his or her property so as to benefit others. Restrictive covenants have a termination date, and can be found in an owner's deed, a neighbor's deeds, or in a declaration of covenants agreed upon by the association.

Major obstacles to installing solar panels on your home

Every CC&R is unique, meaning that some associations make it more difficult than others to install solar systems. Below are some common obstacles to installing a solar power system:

1. Restrictions pertaining to architectural style. One example: when Pennsylvania resident Robert Caffro erected his home solar panels, he received a letter from his HOA asking him to remove them because they were not "harmonious in design" with the rest of the community;

2. Restrictions on the placement of improvements: in some instances, a rooftop solar energy system is allowed only if it cannot be seen from the street, which sometimes means that a system can only be placed where its efficiency is reduced, especially if the front of the home is facing south (south-facing solar panels have the highest efficiency in the northern hemisphere). George Hite, who received approval from his HOA to install a solar water heater, later received a letter of noncompliance from the same HOA asking him to remove the system because it was visible from the street;

4. Explicit restrictions on the installation of solar systems. These often exist in places where solar energy systems are common;

Other obstacles include: restrictions on the placement of structures within a certain distance of property lines, which means that the placement of a ground-mounted system is limited; height restrictions, preventing a rooftop system from being installed; restrictions on construction on secondary buildings such as garages, preventing the installation of a solar system on top of such a building; requirements that utilities be screened or hidden, impeding access to sunlight; and regulations affecting piping.

Related Article: Homeowners' Associations and Solar Panels: Can They Live in Harmony?

Restrictions must be reasonable

According to New Jersey law, for example, the "reasonable restrictions" an HOA may employ against a solar energy installation are: the placement of the installation (whether it can be placed on the roof facing the street, for example); concealment of supportive structures or piping; "color harmonization" with the surrounding building material; and size of the installation.

CC&Rs are used throughout the country to promote the appearance and property values of the community. Homeowner Associations use restrictive covenants to maintain a certain level of conformity and aesthetic standard in the neighborhood. Solar installations are still today often referred to as eyesores, which is why HOAs sometimes so adamantly oppose them. In addition, conformity standards are set up in order to ensure property values. An HOA may think that a solar installation devalues a property or neighboring properties, which is why it will sometimes reject an installation. HOAs have the authority to enforce aesthetic standards in the face of "eyesores."

Related Article: Solar Panels Add to the Value of Your Home

On the other hand, the HOA must allow something unless it is shown to be antagonistic to the legitimate objectives of the association. The HOA has discretionary authority, though, if its action is reasonably related to the health, happiness and peace of mind of the membership. This includes maintenance of property values and the general aesthetics of the community.