We commonly hear insults hurled at the solar industry, as if solar panels were some kind of pariah sucking the blood out of the poorly financed and vulnerable fossil fuel industry. We do not need to worry about this. Fossil fuels are going to be around for a long time, especially because of cheap natural gas. What we don't get is why in some corners solar is portrayed as the bane of capitalism and the idealistic dream of environmentalists. Solar now represents a miniscule component of our energy generation in the U.S. A healthy economy is one that is not solely reliant on fossil fuels. In this learning article, we respond to the most common arguments against solar energy.

Solar Is Too Expensive

In fact, fossil fuels can be more expensive once the total cost of their use is taken into account. A study led by Dr. Paul R. Epstein of Harvard Medical School and published in 2011 by the New York Academy of Science found that coal is 2-3 times more expensive once its hidden costs are taken into account. As much as the naysayers may want to characterize this study as 'greenie' or leftist propaganda, it is based on sound economics. Fossil fuels create external costs because of their impact on health and the environment, and these costs are not taken into account by energy suppliers or reflected in the monthly energy bills we pay. In an ideal free market these costs would be internalized. 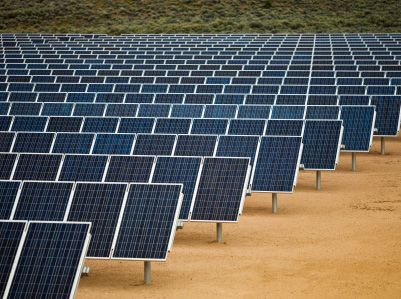 Also the price of solar energy has been dropping consistently due to growing supply of solar panels and increasing panel efficiencies. As shown in SolarTown's solar panel section, some solar panels sell at near the dollar per watt range for homeowners and even much less for commercial projects.

In fact, Applied Materials claims that solar has already reached grid parity in over 100 countries with high energy demand. Solar can already compete with other energy sources. No one argues that solar energy should be our only energy source, but it can certainly play an increasingly important role in supplying our electricity demand.

Many claim that solar subsidies create an industry that is not competitive. Subsidies can be wasteful if they are directed at specific firms, mainly because picking winners is generally not in the competence of almost any government agency in the U.S. or abroad. But subsidies aimed at consumption of solar power and the use of solar energy products help create a fair market for energy. After all, solar does not generate the negative environmental externalities that fossil fuels do, but for which we do not charge oil, gas and coal companies. Thus a subsidy to solar is one way of offsetting the effects of the huge implicit subsidy we are providing to fossil fuels.

Of course, subsidies are not perfect, and a carbon tax seems to make more sense since it directly addresses the market failure. China may introduce a carbon tax as early as next year and California has launched a cap-and-trade program as measures to combat pollution and climate change. However, at the federal level, it does not appear that either of these initiatives will gain much traction any time soon, so we are stuck with current policy initiatives. Some subsidies are more effective and fair than others.

Related Articles:      Policy Options for the US Solar Market

By committing to renewable energy our country can gain a foothold in an industry that is likely to be around for a long time. In 2010, we exported a net $1.9 billion in solar products and exports mean that jobs stay in the U.S. to help our economy. We should not concede this market to overseas companies. In the long run solar is good for our economy.

Many argue that fossil fuels are a crucial part of military operations as we cannot power most of our military equipment without fossil fuels. Twelve leading military figures disagree and recently outlined why fossil fuels are a tactical liability. In their report, they draw attention to the fact that 90% of fuel is wasted in delivery to the battlefield.

In addition, they say that fossil fuel supply lines are vulnerable to attack and that dependence on foreign oil "reduces our international leverage, places our troops in dangerous global regions, funds nations and individuals who wish us harm, and weakens our economy." As a result the military is working on alternative energy resources and has used solar energy to do everything from charge its portable batteries to power its bases.

Related Blog Post:  Reenergizing Solar in the US: A National Security Priority

Free Markets Will Solve All Our Problems

The argument goes something like this: free markets always adjust to supply and demand shifts. As fossil fuels become more scarce and expensive, market forces will create huge incentives for new technologies and industries to fill the void. This argument has some superficial appeal because it is based on basic economics.

There are, however, a couple of key factors missing from this equation. First is the fact that there are significant market failures at work right now. Environmental, health and national security costs associated with fossil fuels are not incorporated into the price of fossil fuels. Thus fossil fuels are artificially cheap. The point where oil, coal and gas should become expensive enough for alternatives to appear is probably already here. The second point is that our energy market may take too long to react. When it comes to environmental damage and climate change, time is of the essence.

We are in a seriously distorted energy situation and idealistic ideas about free markets are not going to help us. If one believe in free markets, then he or she should support internalizing externalities by either making fossil fuels more expensive or by subsidizing its competitors.

Solar Energy Is Not Reliable

An example of this mentality can be seen when people are buying backup generators. In general they are biased towards diesel generators because they think solar is too unreliable. However, as we have explained in a recent blog post about when the grid goes down, solar backup systems have many advantages and are a viable backup option.

An intermittent energy supply such as solar would, if used exclusively, cause power outages. However, since the technology is not yet a major contributor to grid scale generation, solar helps to supply energy during high demand periods. We are lucky that solar panels' output cycle matches well with peak electricity demand. A recent study produced by Germany's Institute for Future Energy Systems (IZES) found that solar significantly helped smooth demand fluctuations that usually result in high energy costs. In the end, the report asserts that solar power has reduced electricity prices on the European Energy Exchange in Leipzig by 10 percent on average. Keep in mind that this is in Germany, a country with poor solar resources and where intermittency is not a huge issue.

Looking forward to a time where solar gains more of a role in electricity production, batteries and other storage technologies exist and are ready for implementation. If we build a balanced energy portfolio and a smarter grid intermittency will not be a problem.

Related Blog Post:      When The Grid Goes Down, Go Solar?

Solar Pollutes More Than It Offsets

Some claim that a solar panel produces more greenhouse gasses than it can offset in its 25 year life cycle. Ozzie Zehner in his 2012 book Green Illusions 2012 drew attention to the release of greenhouse gasses from solar panel production. In contrast, other life cycle analyses find significant environmental benefits to using solar panels. For example, NREL found that solar panels produce 20 times fewer GHGs than coal. Almost all research has found similar results. This is because only tiny amounts of the gases that Zehner mentions, such as silicon tetrachloride, are actually released during production.